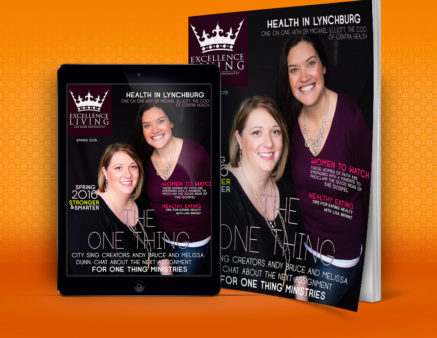 Andy Bruce and Melissa Dunn are simple women with a big love for their God. They are teachers and mentors who seek to lead women to the cross of Jesus Christ and the truth of His Word. Opposites by nature, the duo represent the laid back, optimist in Andy and the stickler for details and pragmatist in Melissa. Together they form a formidable team as they do ministry together in what is known as The One Thing MinistrIes.

THE BIRTH OF CITY SING

City Sing started with a thought.  A divine thought deposited in the heart of Andy that led to months of prayer.  Andy first got the vision of a united group of women ushering in the presence of God in a fuller, more dynamic way in the city of Lynchburg that leads to revival. It was not long after, that Melissa got the vision and the process of preparing for a night of worship got underway.  Neither women knew exactly how God was going to bring revival but they knew He wanted them to pray and they knew He wanted them united in worship. 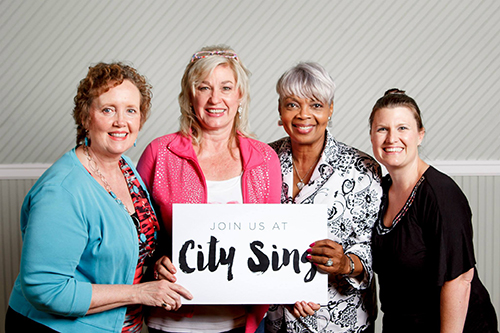 THE SUCCESS OF CITY SING

Churches across Lynchburg and the surrounding counties united for one memorable night of worship and teaching.  The planning process was intense but it bore much fruit.  Denominational divisions were left behind as women focused their eyes intently upon the Savior. The evening was such a success that there were calls for a second City Sing.  The second night of worship had even bigger crowds and an expectation to encounter Jesus as women united in prayer. One Thing Ministries had the mandate “Through City Sing, a city-wide women’s worship event, we will gather as THE Church. We will not be separated by denomination, race, or worship style. We will be women with one thing in common: Christ.” 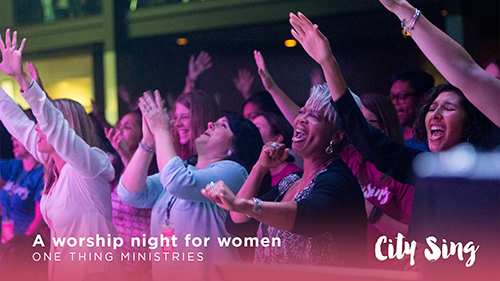 To read more about Andy and Melissa click here