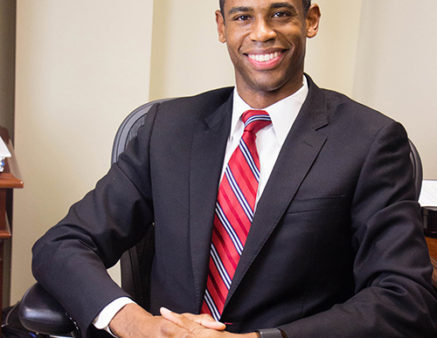 We caught up with the COO and Senior Vice President of Centra Health and had a most inspiring chat with Dr. Michael Elliott. The Hampton VA native made the move to Lynchburg to assume the role of VP of Operations and then quickly ascended to Chief Operating Officer. Dr. Elliott, a graduate of Virginia Commonwealth University School of Pharmacy started his career in pharmacy and soon transitioned into health administration.

When asked about his thoughts on life in Lynchburg, he emphatically states that he doesn’t just like it here in Lynchburg but he loves it. His wife and three sons have transitioned well into Lynchburg and he especially loves the sense of community that his family feels in this great city.  It was not an easy decision to uproot his family and they spent much time in prayer for direction. The genuine feeling of trust he felt from the interview process and the Centra family made the decision that much easier.

On a personal note, Dr. Elliott, the family man, is extremely supportive of his wife and her career. As he describes the sincerity of her position as an educator he exemplified his love and support of his wife and her career while without hesitation putting her above himself.  He quickly moved the conversation toward his three sons as his voice heightened with excitement when he spoke about each one individually and their accomplishments.  Truly a man who puts family first.

When asked about his profession as Senior Vice President and Chief Operating Officer of Centra Health, he describes his position at Centra as a position that was truly God ordained. Centra is a place where he is able to enjoy working with people  and make an impact  without necessarily being seen.  He explained the importance of his faith and his trust in God and his drive to excel in everything he does at Centra.

Michael’s excitement about how Centra is making a phenomenally positive impact in the community and surrounding counties opened up a discussion as he excitedly talk about the heart of Centra. He describes Centra as not just a hospital for healing physically but a place to support a healthy lifestyle and prevent disease in the first place.  His position at Centra allows him to touch every part of the organization in some way and make an impact whether large or small and that insight allows him to see the heart of Centra.

A startling statistic in Lynchburg was the fact that Centra’s ER department was the 2nd busiest in the state of VA. Why? The limited emergency departments in the city and surrounding counties make Centra’s ER department the main source for health emergencies. There is also the fact that the majority in the community who use the ER do not have insurance or are under insured. This issue prevents people from going for preventive treatment making a visit to the ER their only hope for medical care.

This had led to many preventative initiatives by Centra Health including the Community Access Network, weight management programs, and smoking cessation counseling to name a few.

Sign up to receive timely, useful information in your inbox.